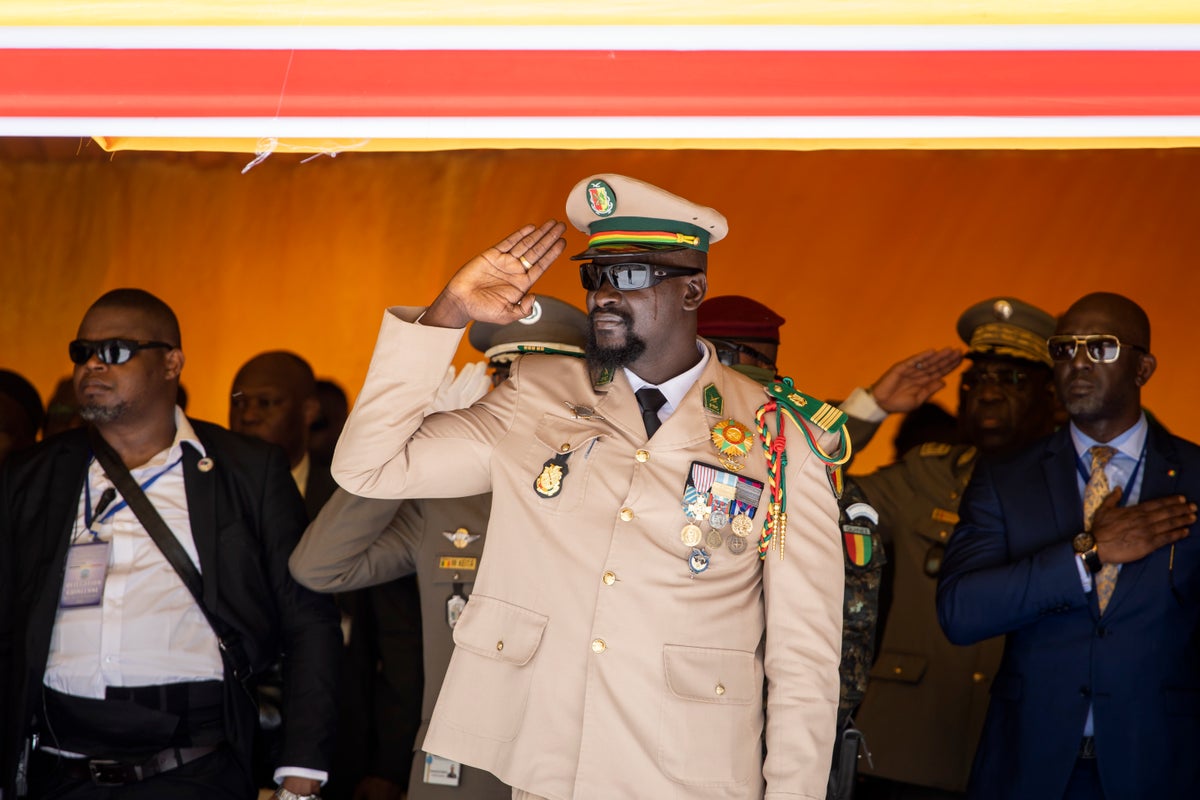 The festivities, with warplanes flying overhead, came as Mali faces mounting condemnation for detaining 46 soldiers from neighboring Côte d’Ivoire who had been deployed to provide security for a company contracted by the United Nations.

Malians sang the country’s anthem in the streets of Bamako while others beat drums. Wearing the red, green and yellow colors of the Malian flag, Souadou Diabate clutched a photo of Colonel Assimi Goita, who seized power in Mali two years ago in a coup and is facing increasing international isolation.

“It is in difficult times that great nations are built,” he said. “Mali is a country of patriots and brave soldiers.”

Goita was accompanied in the parade by the head of Guinea’s military junta, Colonel Mamady Doumbouya. In his address to the nation on the eve of Independence Day, Goita laid out his vision of foreign relations.

“Our country is concerned with strengthening its relations with all other countries and actively participating in international life,” he said. “But it is important that our partners understand that relations with our state must henceforth be based on the following three principles: respect for the sovereignty of Mali, respect for the strategic choices made by Mali and the defense of the interests of the Malian people in making specific decisions.

The departure of the last 2,400 French troops from Mali sparked widespread concern that the withdrawal would pave the way for Islamic insurgents to step up their attacks on civilians. Observers question whether Mali’s army is capable of protecting the northern cities, which fell under the control of Islamic extremists from 2012 until the French-led military operation began a year later.

Adding to doubt, a Malian general who has led efforts to fight extremist groups in the Menaka region recently released audio urging civilians to flee the countryside to protect larger communities.

“I ask everyone in the Djebock area to leave the countryside and go to the cities to be safe. For the time being, this is the solution that must be adopted,” General Alhadj Gamou said in a message to the largely nomadic Tuareg community.

Frustration with the attacks initially helped fuel support for Goita, the coup leader, as his junta assured Malians that he would do a better job of pushing back insurgents.

Tensions between Goita and the international community have increased, with France deciding to relocate its forces in Mali to a more welcoming neighbor, Niger.